The ling has often been described as a fish that is between being a cod and an eel. It has many things in common with the cod but is long and shaped like an eel and its length can reach two metres.

Ling is caught throughout the year. 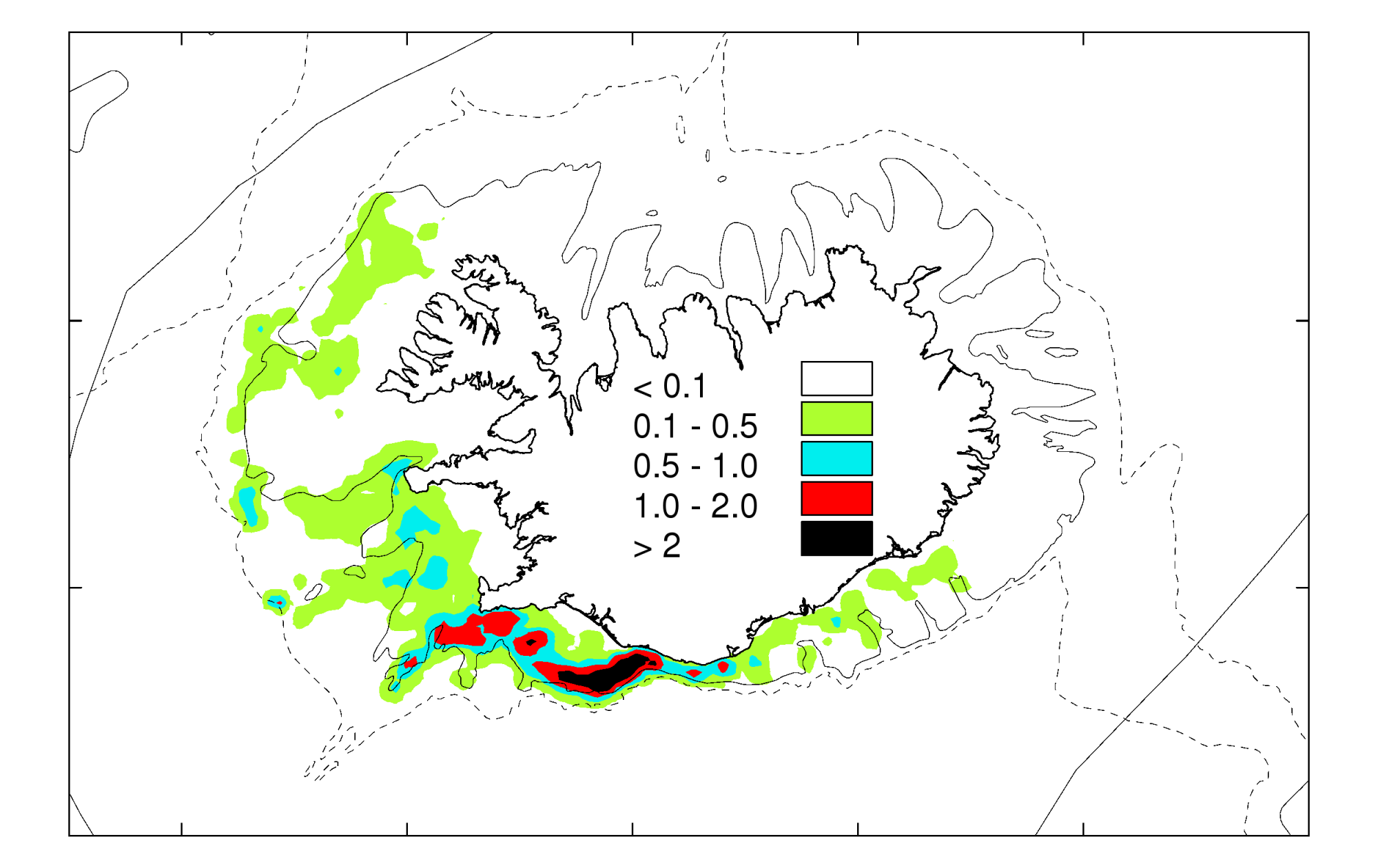 The main markets for ling are Italy, Germany and Spain.

The size of golden redfish in the catch is seldom larger than 40 - 50 cm.

The largest individual, caught in Icelandic waters was 14 years old and measured 109 cm.

The largest markets are Germany, France and Spain where there is a long tradition of eating saithe.

Common size of full grown herring is 30 cm, but they can reach 50 cm.

The Icelandic nephrops lobster is mostly caught from April to September.

Tusk in the catch is in the range of 40 til 75 cm. The largest individual caught in Icelandic waters was 120cm. They can live up to 40 years.